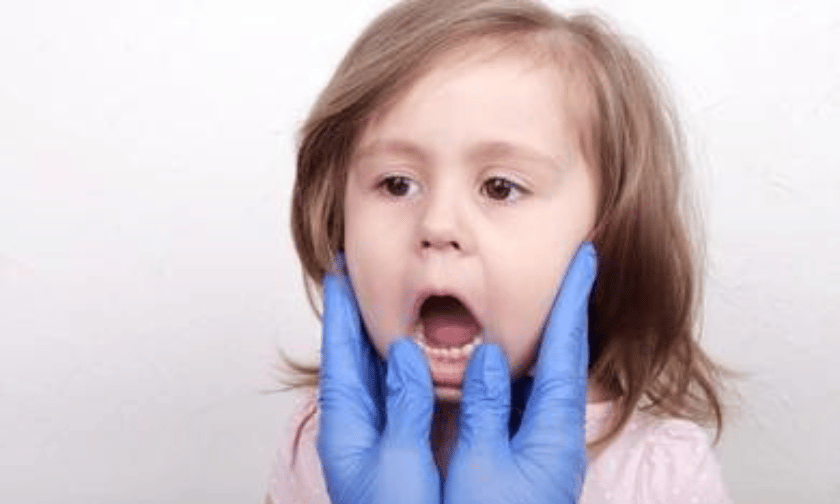 Bleeding gums are a common problem in children, but it is important to monitor your child’s dental health and take action if bleeding gums become an issue. In this article, we will discuss why children may experience bleeding gums, what you can do to prevent them from occurring in the first place, as well as tips on how to treat them when they happen.

Gum disease is one of the most common dental issues among children and adults alike. Bleeding gums are a very common symptom of gum disease which often goes unnoticed until it becomes a more serious problem. If left untreated, the gums can easily become infected and cause pain and discomfort for your child. It is important to monitor your child’s dental health closely in order to catch any potential issues early on.

What Causes Children To Have Bleeding Gums?

There are many factors that can contribute to children having bleeding gums, such as:

Poor oral hygiene is one of the most common causes of bleeding gums in children. If you’re the child isn’t brushing their teeth regularly or correctly, plaque and bacteria can easily build up on their teeth, which can lead to inflammation of the gums.

Certain medications can cause dryness in the mouth, which can lead to bleeding gums. If your child is taking any medication that might be causing this side effect, it’s important to talk with their doctor about other options or ways to help combat the dryness.

Nutritional deficiencies, such as a lack of Vitamin C and iron, can also contribute to bleeding gums. If you think your child may have a deficiency, it’s best to speak with their doctor to get them tested and treated accordingly.

The best way to prevent bleeding gums in children is through proper oral care. Here are some tips for how to keep your child’s mouth healthy:

It’s important to ensure that your child is brushing their teeth properly and at least twice a day. It’s also important to encourage them to floss regularly, as this helps remove any plaque or bacteria that may have built up on their teeth.

Sugary foods and drinks can easily lead to plaque buildup, so it’s best to limit your child’s intake of these items as much as possible.

Routine visits with the dentist are important for catching any potential issues early on and preventing them from becoming more serious problems. It’s best to take your child in for a checkup at least twice a year.

If your child is experiencing bleeding gums, there are some steps you can take in order to help:

Gently brushing and flossing your child’s teeth can help remove any plaque or bacteria that may be causing the bleeding. It’s important to make sure they are brushing gently, as too much pressure can cause further damage to their gums.

A salt water rinse can be very effective in helping reduce inflammation and irritation of the gums. Simply dissolve a teaspoon of salt in a cup of warm water and have your child swish it around their mouth for 30 seconds before spitting it out.

If the above methods aren’t helping, it’s best to take your child to a dentist for further evaluation and treatment. They may recommend additional treatments, such as antibiotics or surgery in more severe cases.

Gum disease can be very common among children, but with proper oral care and regular dental visits, you can help prevent it from becoming a serious issue. If your child is experiencing bleeding gums, there are steps you can take at home to help reduce the inflammation and irritation before seeing a dentist. With the right precautions, you can keep your child’s teeth and gums healthy for years to come!

Q: How often should I take my child to the dentist?

A: It’s best to take your child in for a checkup at least twice a year.

Q: Is it normal for my child’s gums to bleed?

A: Bleeding gums can be a sign of gum disease, so it’s important to have them evaluated by a dentist if you’re concerned.

Q: What can I do to prevent bleeding gums in my child?

A: Proper oral care is key, so make sure that your child is brushing and flossing regularly, as well as avoiding sugary foods and drinks. It’s also important to take them in for a checkup at least twice a year.